The racists attacking Marcus Rashford are becoming even bolder, but the spirit of equality will prevail 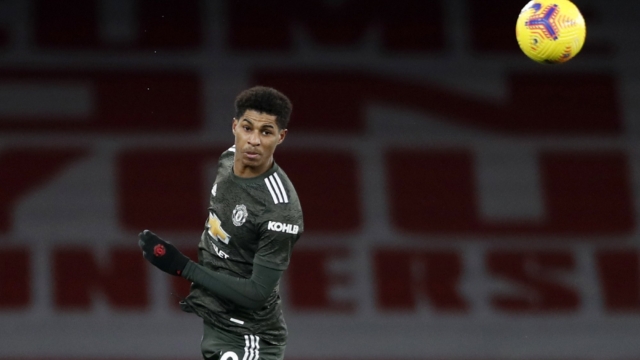 Spineless, splenetic, spiteful, racist scoundrels have been at it again. Well, they never seem to stop recently.

Rashford’s response was pitch perfect: “Yes I’m a black man and I live every day proud that I am. No one, or no one comment, is going to make me feel any different. So sorry if you were looking for a strong reaction, you’re just simply not going to get it here.”

He refused to share the messages to protect the “beautiful children of all colours” who follow him on social media.

Charlene White, the black newsreader who recently became the co-host of popular ITV chat show Loose Women, has revealed in an interview that she has been targeted, too. She had experienced low-level racism before, but the magnitude and depravity of what she has received in the last few years is, to her, incomprehensible.

Black and Asian Britons in the public eye get this every hour, every day and night. Their success is seen as a provocation and evidence of “unfair” advantage.

It’s yet another avatar of a virulent strain of British racism. In the 50s, 60s and 70s, it was all about “these people” stealing jobs from Britons with ancestral roots in these isles. Now, they/we are apparently stealing the fame, professional success and money that rightfully belongs to the “true born”. A number of doctors and nurses tell me they have had Covid patients and families asking for “real British” staff. They, who “want their country back”, are becoming bolder and more barbaric.

Good people who can’t see that racism is back with a vengeance, need an alert call.

In the UK today, tolerance is ebbing away and Enoch Powell’s white nationalism has infiltrated the mainstream – with a little help from some so-called white liberals and some people of colour. We have witnessed individual lawyers, academics, right-wing activists, actors, elected representatives and influencers objecting to Black Lives Matter or denouncing anti-racism as a “Marxist” project, or even arguing that minority rights have gone too far.

These deniers cannot disable the struggle for equality and dignity.

A lifetime spent fighting racism makes you resilient, determined and smart. Trolls do get me down. But every time I get up again, I feel stronger.

Clearing out old boxes, I found a card the American poet and civil rights activist Maya Angelou once sent me. I met her when I was at my lowest point in life. My first marriage had ended and the magazine I worked for had folded. She said despondency was a luxury people of colour could not afford, that we had an obligation to overcome failures and live well.

Wise words. Whatever happens, we must still rise. Each generation rises higher still. Nativists and racists are finding that unbearable. We are not going anywhere because this land is your land and this land is our land, from the isles of Shetland to the Cliffs of Dover.

Racists should leave the circle of hate and make something of their lives. A whole world of opportunity and even friendships await.

The full article can be found here:
The racists attacking Marcus Rashford are becoming even bolder, but the spirit of equality will prevail (inews.co.uk)