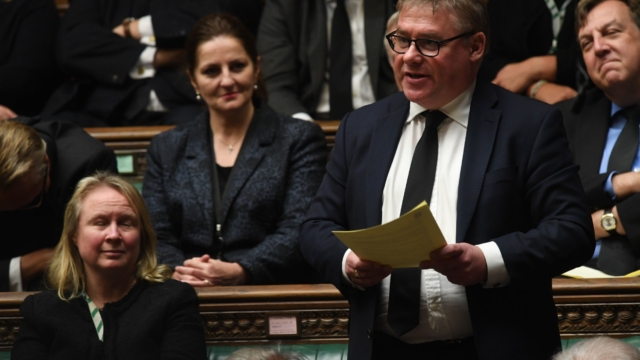 Stronger internet legislation is needed. But how will that moderate the brutishness of real people in real places?

The late MP David Amess was concerned about the degradation and noxiousness of public discourse in contemporary Britain before he was killed in an attack at his constituency surgery.

Mark Francois, one of his closest mates, now campaigning for a new “David’s Law” to curb anonymous trolling, wants to drag Mark Zuckerberg and Jack Dorset to the bar of the House of Commons, “if necessary kicking and screaming so they can look us all in the eye and account for their actions or rather their inactions that make them even richer than they already are.”

Social media is undeniably uncivil and uncivilized. This migrant, Muslim, woman of colour, a leftie and a Remainer, endures endless invective on social media.

It takes its toll. Sometimes I feel everyone in the UK hates me or wants to hurt me. There are many sleepless nights. Other people in public life are persecuted even more viciously and relentlessly.

Marianna Spring, the BBC’s first disinformation specialist, is one them. Her BBC Panorama programme on Monday affirmed this with Spring writing: “It’s not just me – from politicians around the world and Love Island stars to frontline doctors… New research, shared with the BBC, suggests women are more likely to receive this sort of abuse than men, it’s getting worse – and it’s often combined with racism and homophobia.”

So, yes, stronger legislation is needed to stop internet savages operating anonymously. But how will that moderate the crude, brutishness of real people in real places, many of them politicians and journalists, from across the political spectrum?

In 2019, Francois himself was reportedly seen making a throat-slitting gesture while Theresa May was defending her Brexit plan. The then Conservative MP for Totnes Sarah Wollaston asked: “How is this acceptable? Yet again a member of the ERG using imagery of murder directed at a female MP and their own PM.” This same Francois warned Steve Bray, an ardent pro-EU protester: “We are signing your death warrant”.

Two years previously it was alleged in Esquire magazine that George Osborne had told several people that he would not rest till May is “chopped up and in bags in my freezer”. In that same year, Nigel Farage warned May that if she did not deliver a clean break from the EU, there would be massive civil disorder and that he himself would “don khaki, pick up a rifle and head for the front lines”.

I have experienced political bullying too. In 2014, Michael Fabricant tweeted: “I could never appear on a discussion prog with @y_alibhai I would either end up with a brain haemorrhage or by punching her in the throat.” And in 2018, Nadine Dorries, annoyed by my anti-monarchist views, tweeted: “Yasmin, why don’t you just try to be nice? Maybe appreciate just a little the country and the people you have chosen to live, work and benefit from all of your life.”

Both led to a torrent of obnoxious, at times, terrifying tweets and emails. Such intemperate leaders incite and embolden trolls.

Newspapers, radio and TV programmes carelessly pollute the social and political environment. Some media worthies now lamenting that our politics has become too divisive and hateful, should think about their own culpabilities. Jeremy Corbyn, for example, was demonised as a “vampire” by one columnist and “terrorist sympathiser” by David Cameron.

Researchers at the LSE looking into media representations of Corbyn found that “Corbyn was thoroughly delegitimised as a political actor from the moment he became a prominent candidate and even more so after he was elected as party leader, with a strong mandate. This process of delegitimisation occurred in several ways: 1) through lack of or distortion of voice; 2) through ridicule, scorn and personal attacks; and 3) through association, mainly with terrorism.”

Whipping up emotions and animosities are profitable for media outlets. Regulation is hopelessly weak. Mark Francois is not threatening to drag any of those engenderers of nastiness and division to the bar of the House and hold them accountable. He seems unbothered about MPs like himself whose profane words and gestures undermine civil values and wound individuals.

Bernard Jenkin, a Tory and Brexiter, made some profound and honest observations on Monday. Acknowledging the contempt and lack of respect between political adversaries he asked: “Which one of us can honestly say we cannot do better?” We all need to ask that. Words matter. Words hurt.

David’s Law is welcome. But it will not make Britain safe again. To restore our democratic state in which all citizens can feel engaged and secure, we need self restraint. That is the only way to redemption.

The full article can be found here:
https://inews.co.uk/opinion/mps-calling-for-legislation-to-end-online-division-and-nastiness-should-first-consider-their-own-behaviour-1257804

Statement on events in Jerusalem and Gaza
15th May 2021