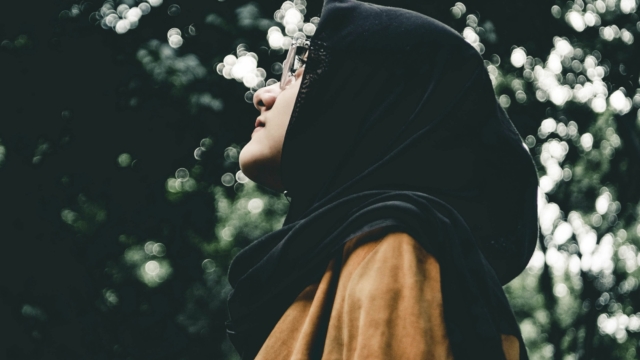 For the past eighteen months, I have been speaking to young British Muslims about their deepest fears and secrets

Two separate, new surveys make grim reading for British Muslims. The Labour Muslim Network (LMN), has discovered that a third of Labour’s Muslims have experienced Islamophobia in the party, and more than half do not feel well represented by the current leadership. The second, a study by the Woolf Institute in Cambridge, found Muslims were most frequently the subject of negative attitudes held by other faith groups, and were also the group most likely to have negative attitudes about those of other religions.

I don’t mean to sound excessively gloomy. Individual Muslims have made it in the arts, politics, popular culture, sports, science, business, medicine, law, literature and the NGO sector. Javed Khan is the CEO of Barnardo’s; presenter and writer Adil Ray is a household name, as is Mishal Husain, presenter on the BBC Today programme; Riz Ahmed is a global movie star; Muslims walk the corridors of power in Parliament; the Premier League has several Muslim players; Kamila Shamsie is an award-winning novelist, and so on and so on.

However, the success stories cannot offset the countless untold ones of unfulfilled, desolate and hopeless lives. It’s not easy being a Muslim in Britain, or indeed, anywhere in the world.

They – we – are seen as a security threat. That pervasive scrutiny obviously affects mental and emotional health. Many third-generation Muslims feel watched and controlled at home and in their communities too. On the whole, state agencies, the media, educators, social workers, therapists and other service providers, and Muslim families and communities too, remain woefully unaware of what is going on in the hearts and minds of these citizens.

Eighteen months ago, six of us British Muslim women decided to explore the interior landscapes of young Muslim women and men. Two of the authors are journalists (one from Bradford), two are activists and two have Oxford doctorates. Our report, The Inner Lives of Troubled Young Muslims, is published on 19 November by British Muslims for Secular Democracy (BMSD).

We investigated the lives of some deadly terrorists – risky, but necessary. The Manchester bombing inquiry currently taking place must be agonising for those who knew the victims and the city. Salman Abedi and his brother, now in prison, were raised by their strictly Islamicist, Libyan father. Two people who knew him told me the boys were terrified of him. The volatile Salman was left alone in Britain after the family moved back to Libya. If someone from social services had intervened, perhaps, his actions could have been thwarted.

In December 2014, schoolgirl Sharmeena Begum ran away from Bethnal Green to join Isis. Her beloved mum had died that year. Her father remarried and sent her off to live with her gran. Isis groomers got to the grieving teenager. She then convinced three friends, Amira Abase, Shamima Begum and Kadiza Sultana, to join her. What if, instead, Sharmeena had been helped by teachers or social workers?

Our main focus, however, was on non-violent young Muslims. It took time to win the trust of our interviewees. Ever since 2003, when Tony Blair began the counterproductive Prevent deradicalisation programme, most British Muslims have been wary of researchers and policy influencers and makers. But many did open up and told us some of their deepest fears and secrets.

Some were gay and were forced into catastrophic marriages; others lived double lives. Most wanted more choice, more respect and autonomy. Both sexes felt they were misunderstood and stereotyped, and resented being unfree in a free country.

Jamil, a British-Pakistani, had a breakdown and became introverted. Then, he told me, he found his true self: “I became myself. I think for myself. Not what my parents and mosque tell me. But it was really difficult. The person I thank is Mr B, my old teacher. I met him again by chance and he started to take care of me, to show me how to come out of this feeling of being torn apart… This white man saved my life.”

Dr Irum Shehreen Ali writes in her chapter: “Young Muslims are being failed by their communities, the statutory services, and the larger society around them. Muslims are least likely of all minority groups to access mainstream mental health services.” That can’t go on. Professionals should read the report, learn about these unmet needs and reach out. Wellbeing is now a national preoccupation, and rightly so. But when has anyone in power ever raised concerns about the wellbeing of Muslims?

The full article can be found here:
https://inews.co.uk/opinion/islamophobia-britain-young-muslims-763170

The PDF version of our report, The Inner Lives of Troubled Young Muslims will be available on the website on Thursday 19th November. Hard copies will available for £5.00 including postage.